Noise Dosimetry Testing in the Prevention of Hearing Loss 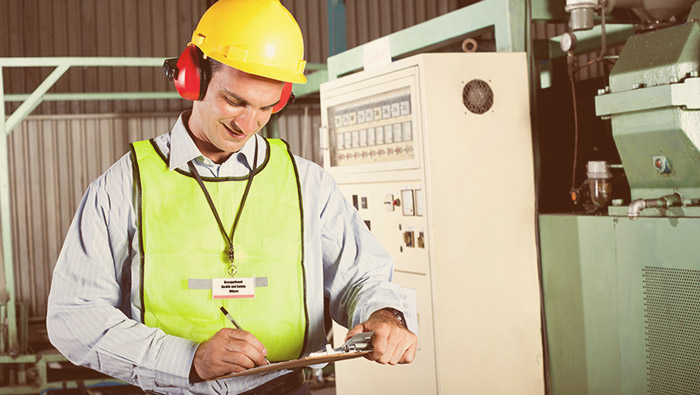 Excessively loud music, voices, and other such sounds can be a nuisance. In the home, they can interfere with conversation and prevent one from enjoying a TV or radio programme. In the office, they can be a distraction that makes it difficult to concentrate on one’s job. In an industrial setting, however, repeated, prolonged exposure to loud sounds can have more severe consequences and this has created a need for noise dosimetry testing.

On the factory floor, the sound of loud machinery can be far more than a mere irritant. In addition to being a source of stress, in recent years, it has become the most common cause of permanent hearing loss. Most of us will have experienced this effect, albeit in a mild, temporary form. It often occurs following exposure to sudden loud sounds like a gunshot or a firework. Noise dosimetry testing would have revealed a reading of around 150 decibels (dB) or more, but because the exposure was brief, there would have been no permanent damage to the ears.

A normal conversation might generate 65 dB. That said, eight hours of continuous exposure to 85 dB is sufficient to cause some irreversible hearing loss. The mere difference of 20 dB may seem quite minor to have such a drastic effect, but the fact is that the decibel scale is not linear but exponential. Simply put, this means that, should a figure of 85 dB be recorded as the result of noise dosimetry testing, it actually represents a sound intensity twenty times greater than that of a normal conversation. The higher the decibels, the less time will be required to cause noise-induced hearing loss (NIHL).

Loud sounds can compromise the function of the delicate hair cells lining the cochlea in the inner ear and which convert mechanical sound waves into nerve impulses. Given time, they will recover, but when exposed continuously, they cannot. The effect is cumulative, so subsequent exposures cause further damage. In any work environment where employees may be subject to potential hazards, noise dosimetry testing is just one of the many invaluable services provided by industrial-hygiene specialists. It offers employers the means to protect staff, their most valuable asset, from the risk of NIHL.

This is a step that goes beyond mere altruism, however. The hearing health of employees can be just as important to employers, given that NIHL is not only the most common form of deafness but has also become the most frequent source of successful claims for industrial compensation.

The objective of noise dosimetry testing is to measure the total sound exposure during a fixed period, such as an 8-, 10-, or 12-hour shift. Ambient noise levels can be measured using a sound-level meter. However, measurements of personal sound exposure are more accurate when conducted by attaching a noise dosimeter to individual workers. These devices act in a manner similar to the badges worn by radiographers and workers in nuclear plants to measure exposure to X-rays or gamma rays.

Based on the results of dosimetry testing, a specialist will offer advice regarding noise-reduction measures and suitable hearing protection to be worn by those workers who have proved to be at risk.